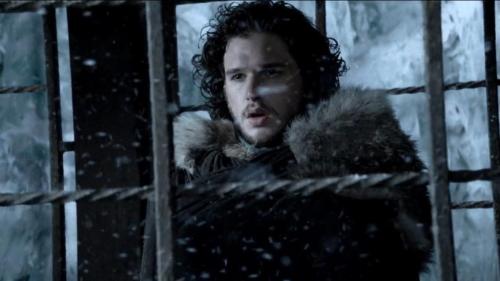 Synopsis: Ned and the girls arrive in King’s Landing just in time for his first small council meeting, which also includes Pycell, Baelish, Varys, and Renly. Ned has an antagonistic meeting with Jaime. Info dropped: this is where Ned’s brother and father were killed by the mad king as Jaime watched, before eventually killing him. Cersei starts to mold Joffrey into a king by giving him pointers on how to lead. Sansa still hasn’t forgiven Ned for his hand in the death of Lady. Bran awakes with no memory of his accident, and angry at his circumstance. Catelyn sneaks into King’s Landing, meeting first with Baelish and Varys. She shows them the knife that was used to attack Bran, and Baelish says the knife was his until he lost it to Tyrion. On the wall, Jon and others train to be men of the Night’s watch, which mostly consists of Jon besting everyone in sword fighting. Doesn’t win him any points with Thorne, and Snow isn’t making any friends with the others until Tyrion interrupts.

Catelyn meets with Ned and shares what she knows about the Lannister’s treachery with him and with Baelish, forcing her husband and her ex into an uneasy alliance. Maester Aemon and the elder Mormont try to convince Tyrion that the threat of the White Walkers is real and they need more support from the King and Queen. Having successfully pissed off the wall, his mission, Tyrion says goodbye to the wall and begins his journey back to King’s Landing. Ned enlists Syrio’s aid in teaching Arya how to swordfight. Dany and Viserys continue their walkabout with the Dothraki, but when Varys lays a hand on a sister, he discovers that he may not have the full support of the Dothraki behind him. Daenerys learns she’s got a Dothraki bun in her oven. 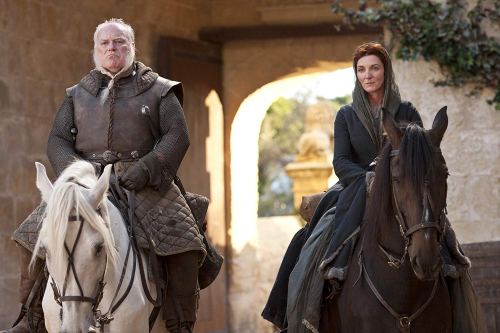 Comments: Fun fact – no one dies in this episode, which three episodes in doesn’t seem so crazy but it will be the last time that happens for at least a couple seasons. Clearly no love lost between Ned and Jaime, and the Lannister/Stark conflict continues to be the core conflict of the show. A lot of setup and info on the wall and the mission of the men of the Night’s Watch.

Quotes:
Benjen: Nothing someone says before the word “but” really counts.

Ned: War is easier than daughters.

Foreshadowing: Jaime mentions the last words the mad king was uttering before he killed him: “Burn them all.” A fine little nugget that won’t fully payoff until the end of the sixth season. A few more “Winter is coming” moments and whispers of White Walkers.

Deaths: Not a one.