I’m not as big of a fan of Edgar Wright as a lot of people, but holy shit did I love Baby Driver. It is both a modern twist on your everyday heist movie and a timeless throwback to a 70s-style action flick (before franchises became the norm). After Wright, the true hero of the film is the soundtrack, a music bed that drives (sorry) every scene.

END_OF_DOCUMENT_TOKEN_TO_BE_REPLACED 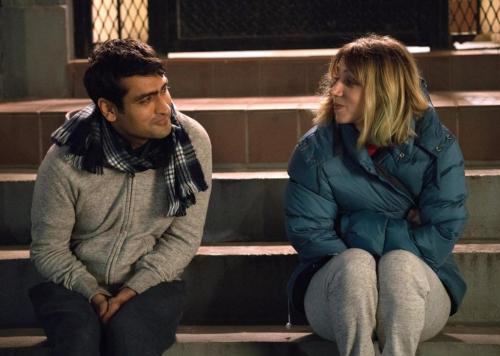 If nothing else, I appreciate producer Judd Apatow for his ability to create leading men and women from faces that are more common in everyday life than on the big screen – Seth Rogen, Jason Segel, Amy Schumer, Lena Dunham, Melissa McCarthy, Michael Cera, Jonah Hill, and now Kumail Nanjiani. I don’t know his involvement in the movies he didn’t direct, but it doesn’t matter, they all brandish his seal of approval as producer. His latest, The Big Sick, features Nanjiani (also a co-writer, with his wife Emily Gordon) as himself, maybe loosely but still, as a comedian in Chicago who falls for a therapist, Emily (Zoe Kazan).

END_OF_DOCUMENT_TOKEN_TO_BE_REPLACED

Today is the first day of the rest of my life. For reals, though. Earlier this year I made a decision to spend some time being selfish, leaving my frustrating but ultimately swell job to spend a year or so writing, attempting to write, and figuring out exactly what’s next for me. And here I am. Day one.

END_OF_DOCUMENT_TOKEN_TO_BE_REPLACED

Wonder Woman (or Waiting for Gadot)

Well, the good news is that DC finally has the first movie worthy of its characters since Christopher Nolan’s Dark Knight trilogy. The less good news is that it’s not nearly as great as it could or should be. It’s a fun movie, full of great moments and interesting set pieces. However, I do think a lot of the credit is getting is in relation to the extremely low expectations given the prior movies in the DC canon.