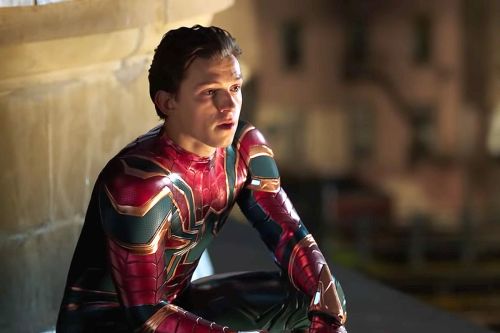 It’s strange to be writing this review with the hindsight of all the behind the scenes drama taking place since the movies initial release. Thankfully, our long national nightmare of a world without Spider-Man in the MCU is over, as this movie proves (once again) that Tom Holland really is the best on-screen Peter Parker. Serving as an epilogue of sorts to Avengers: Endgame, which was the culmination of the first decade of movies from Marvel Studios, Spider-Man: Far From Home establishes the new world order of what living in a post Thanos snap (or what the commoners are referring to as the blip), post Iron-Man world. With the awesome but mostly-heavy Endgame, it’s refreshing return to form to get back to a light, quippy superhero adventure.

As Peter takes a high school sanctioned eurotrip, he is more concerned with flirting with MJ (a still-captivating Zendaya) than slinging webs. But trouble, as per yooozsh, intervenes in the form of a massive elemental creatures. Enter Jake Gyllenhaal as Mysterio, a superhero from another dimension who saves the day. Mysterio and Spider-Man team up with Nick Fury and Maria Hill, fresh from a newly reinstated SHIELD, to stop the creatures from destroying the world. Gyllenhaal is an amiable mentor for Holland, and Sam Jackson a worthy foil, but if you’ve ever read comic, or seen a movie, you know that things aren’t what they seem.

Also returning to the fold are Marisa Tomei as Peter’s Aunt May and Jon Favreau as Happy Hogan. Both have a little more to do, and their connection to Peter and each other drives a lot of the comedy. Jacob Batalon as Peter’s BFF Ned also does the most with his too-brief moments.

Director Jon Watts leans into the CGI-fest, though the ending green-screen battle actually has a context. With a zip-fast pace, a mostly self-contained story, and the ridiculously massive charm of Holland, Far From Home is top-tier MCU action, and it probably contains two of the most significant and intriguing post-credits scenes. Thankfully, we never have to learn what would’ve happened if the story would’ve had to continue without the MCU connection.