Synopsis: Yoren hides out with Arya, cutting her hair and reinforcing that she’s now a “boy.” Bran saw the three-eyed raven again in his dream, this time sending him to the crypt. He has Osha take him down there where Bran shares the history of his family. News of Ned’s demise hits Winterfell and Robb and Catelyn, who are both distraught. Joffrey forces Sansa to look at Ned’s head on a spike, thus destroying any last shred of interest she may have had in him. Robb’s team argues over who deserves to be on the throne and avow support for Robb as King. Catelyn takes on Jaime, who confesses to pushing Bran out the window. With Jaime away, Cersei has taken up with Lancel, another relative. Tywin sends Tyrion to King’s Landing to be the Hand of the King for Joffrey. Jorah tells Dany that her baby was stillborn, and that the baby was monstrous, scaled like a lizard. Dany finds her husband is healed, but lacks his faculties. She confronts the witch who admits she did this on purpose, to save the world from the Dothraki threat.

Jon abandons his post at the wall to support his brother in vengeance for his father, despite Sam’s efforts to stop him. Jon leaves with Ghost, but Sam, Pyp, and Gren chase him down and bring him back. When Dany realizes that Drogo is truly gone, she tearfully says goodbye before smothering him with a pillow. Pycelle talks about serving kings with Ros, turns out the old guy is a bit more spry than he lets on. Baelish and Varys have another passive-aggressive taunt off.  Yoren hides Arya (in her new identity as Arry, an orphan boy) with some locals, Hot Pie, Lommy, and Gendry Robert’s bastard. They join Yoren for the trip back to the wall. At the wall, Jon meets with Ser Mormont who asks him to join his men as they head north beyond the wall, to face their enemies out there. Daenerys speaks to the Dothraki before Drogo’s funeral ceremony. She promises to lead the Dothraki and frees the slaves in their care. She leaves the dragon eggs with Drogo and ties the witch to the post. Setting fire to the entire thing and walking towards the fire herself. In the morning, when Jorah surveys the scene he finds a naked Dany standing amidst the ashes, cradling three baby dragons, the first in hundreds of years to be born. 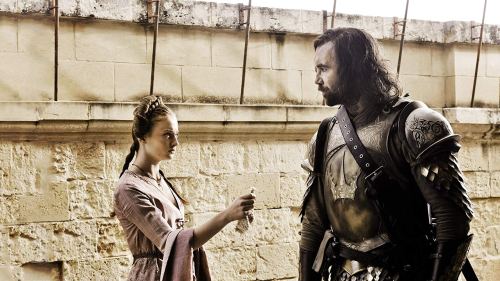 Comments: A strong note to end the first season, with the characters scattered, the threat of war looming, and the shock of the rebirth of dragons. Suddenly, Dany’s side story becomes a much more integral piece to the series’ puzzle. Joffrey having his man slap Sansa juxtaposes with Ned’s words in the first episode: he who passes the sentence should enact it. Ned was honorable. Joffrey, as evidenced with Ned’s own head, doesn’t adhere to this theory. With Joffrey on the throne, the other usurpers become more important. With Robert on the throne, as it was all we knew, Dany’s battle felt hopeless, and wasn’t something fully worth rooting for. But now we want anyone on the throne, and Dany and her dragons feel just as interesting as Robb’s quest. We also get further development with Sansa and the Hound. Who knew he was such a softie.

Memorable Moments: The expert animation on the dragons makes their appearance truly astonishing. The troops rallying for Rob with shouts of the King in the North is as sweet as the Nightswatch men saving Jon. Drogo dying by Dany’s hand is as sad as it is exhilarating watching her find the strength to command on her own.

Quotes:
Jaime: There are no men like me, only me.

Jeor: When dead men and worse come hunting for us in the night, do you think it matters who sits on the Iron Throne?

Dany: It is not your screams I want. Only your life. 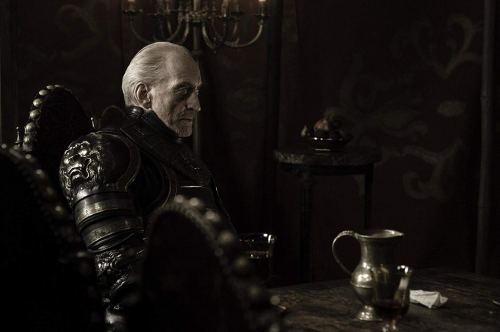 Foreshadowing: Sansa’s façade cracks for Joffrey and her resentment begins to build. Arya finds her backbone as well, standing up for herself with Hot Pie. The threats of the white walkers hang over everything like a mystery. The birth of the dragons shifts the level of importance to Dany’s threat.

Title: Said by Pycelle, of all people, but in reference to the House Targaryen and its rebirth of sorts with Dany’s dragons.