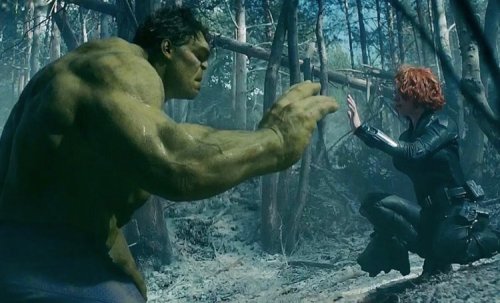 Getting back to finalizing my Marvel re-view so that I can re-rank after the 20th film (Ant Man & The Wasp) releases this week. Previous review of Phase One is here. 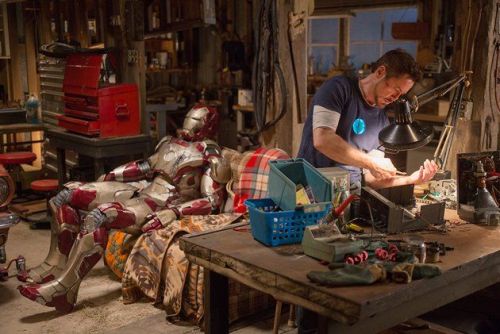 The Good: Coming off of Avengers, this was a bit of a disappointment, but then I’ve never been a huge fan of the Iron Man movies despite RDJ’s perfect casting. I suppose it does a nice job of establishing a solo adventure while still dealing with the ramifications of the previous film, mostly and obviously with Tony’s PTSD. Gwyneth Paltrow gets slightly more to do than being used as a damsel in distress. Rebecca Hall is great and it’s a shame that the original plan for her story didn’t see fruition because they needed another toy. I also didn’t mind the Mandarin reveal on what would really be a rather problematic character to transfer to the big screen. The relationship between Tony and Harley (Ty Simpkins) is an interesting dynamic and hopefully we’ll get a chance to see it again.

The Bad: Mostly everything. It’s not bad in the way say, Thor: The Dark World is bad, but it’s just supremely uninteresting. Nothing much really happens of any consequence. Tony and Pepper’s relationship is exactly the same as it was at the end of the first Iron Man and it’s the same as we’ll see in Avengers: Infinity War. Bland villain(s) with lackluster motives. And messy visually.

Overall: Such a bummer to shift gears back after the final awesome phase one movies (mostly the one-two punch of the first Captain America and Avengers) to the solo stories with no significant outcomes. I much more appreciate the buddy movies that some of the other “solo” films have become. 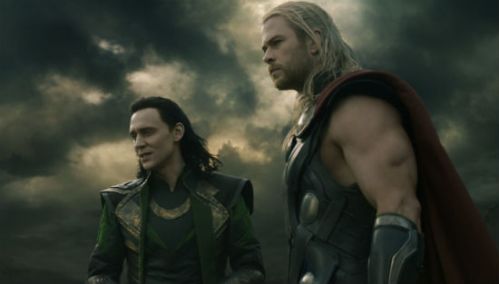 The Good: Umm… the ending maybe? Loki’s supposed death had resonance, even if it was redacted fairly quickly, but the cliffhanger-ish ending was the first real interesting thing about the movie. After working with Avengers director Joss Whedon, Chris Hemsworth seems much more comfortable in the role of Thor. The relationship between Thor and Loki is well played.

The Bad: All of it. Aggressively disappointing, so much so, that it cost us Natalie Portman, even if she never did anything of importance in the Marvel Cinematic Universe. The story is much, and lacking a modicum of sense. The stakes are almost too high to not even acknowledge that others could help. Kat Dennings trying to play a scientist wore thin after the first film.

Overall: Another step back, and highlights the problem of trying to do a solo film in a world where we know they are connected to other super-powered characters. The Asgardian scenes look entirely too animated, but there’s no emotional connection to anything, so it doesn’t really matter. Will easily be a challenger for lowest spot on my list. 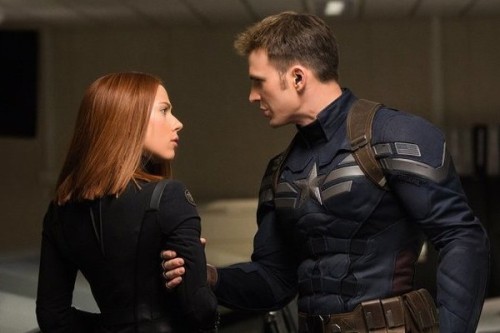 The Good: Talk about a bounce back. After the previous two solo outings soured my taste for the MCU, the follow-up to Captain America: The First Avenger, challenges the Avengers for best in show, and really showcases what a solo should be: a story and challenge specific to the main character, that explains why he (or she I suppose once we get there) is the only one that could be the central figure of the story. Even with Black Widow (Scarlett Johansson) and Nick Fury (Samuel L. Jackson) along for the ride and the welcome introductions of Falcon (Anthony Mackie) and Sharon Carter (Emily Van Camp), the heart of this movie is with Steve (Chris Evans) and his relationship with his childhood best friend Bucky (Sebastian Stan) who isn’t as dead as he thought after the first film. Additional points for taking the super-hero genre into Jason Bourne territory as the film is much more an espionage thriller with superheroes than the other way around. The ending reverbed throughout the entire MCU, on film and TV, in a series of dominos falling that had tremendous consequence for the entire universe. As close to a perfect Marvel film as you can get. The juxtaposition of Steve’s friendship with Bucky and his friendships with Sam and Natasha are intriguing fare for a comic book film. The fight on the bridge is excellently executed. Robert Redford makes an excellent bad guy. The fight in the elevator. The opening sequence. All so good.

Overall: What happens when you let skilled craftsmen take some chances. It’s just speculation, but I would hazard a guess that Evans isn’t that interested in being the center of attention so sharing the screen of his movie doesn’t bother him as much as it might others, yet there’s no doubt this is a Captain America movie. One of the best showcases for Natasha, who definitely needs her own movie, but hopefully one with a better wig. Definitely the way to tell a singular story and have it feel connected to the bigger world. No doubt why directors Joe and Anthony Russo were given the reins to the full Avengers franchise. 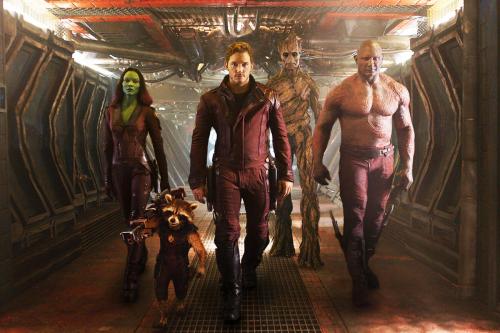 Guardians of the Galaxy

The Good: Coming out of nowhere, I don’t think many people expected this movie to be as great as it was. Chris Pratt went from schlubby sitcom supporting guy to A-list capital S Star. Guardians was the first movie to really stretch the boundaries of what Marvel could do. It was basically their Star Wars space adventure, with only tenuous ties (at least initially) to the rest of the Marvel Universe. Bradley Cooper does some amazing work and he’s just VO. This film is a helluva lot of fun and definitely has its own identity. The full cast of characters – Rocket, Groot, Gamora, Drax, Yondu, Nebula, even bad guy Ronan (a purple and unrecognizable Lee Pace) all have their moments in a film that balances a lot of parts quite adeptly. The final battle is solved in a way no other film could handle (ooh, ooh child…).

The Bad: Not terrible, but shoving in Oscar nominees Glenn Close, John C. Reilly, and Djimon Honsou and giving them little to nothing to do was an interesting choice. Even I can’t buy that Peter would sit on that present from his mom for twenty-plus years.

Overall: A great way to take a little known property and bring it to the forefront, highlighting that sometimes the best translations from page to screen are with characters with less baggage than others. The morose and dour Thor: The Dark World could’ve used have of the levity in Guardians. Pratt is such a charmer that it gives tremendous weight to any scene with emotional depth, which he also manages quite well. 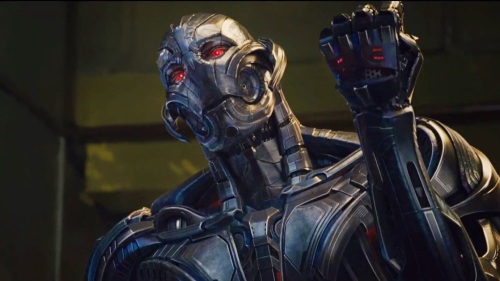 The Good: For a film that I was a bit disappointed, I have softened on multiple rewatches. For one thing, it’s consistently entertaining and the stakes, and the reason this group of heroes is back together makes sense. Bad guy Ultron (James Spader) is deliciously droll, even if they didn’t hit the daddy issues quite hard enough. The additions of Wanda (Elizabeth Olsen), Pietro (Aaron Taylor-Johnson), Vision (Paul Bettany) mostly work (I mean, they could’ve given Pietro, poor accent and all, a few more lines before offing him-that said his death was still emotionally resonant). The evolution of Bruce (Mark Ruffalo) and Natasha’s relationship made sense, even if it was saddled with a simplified back story for Nat. The interplay between the characters is always on point (language!) and the quiet moments with Clint (Jeremy Renner) and his newly discovered family provide a good balance to the big action sequences later. Vision’s grabbing of Thor’s hammer is a solid shorthand that only makes sense in the proper context. The ideological rift between Steve and Tony grows.

The Bad: Some of the action scenes are just bad: the semi flying through the air comes to mind. The need to give every character something just pads an already overstuffed movie. Didn’t need to see Thor’s shirtless prescient swim. Natasha and Bruce got a bit too cliché. The climax of the movie is essentially the exact same as the climax of the first film – good guys beating the crap out of nameless legion of bad guys (aliens vs. robots).

Overall: I think this movies suffers over heightened expectations but isn’t as bad as some say. It’s biggest problem is that it’s overlong, and overstuffed, two problems magnified by every needless scene. But some of the quiet moments – the party at the beginning, the farmhouse-are necessary breaks from the bigger action moments (the shipyard fight, Hulkbuster Iron Man vs. Hulk). The finale is dragged out a bit too long but is still filled with emotional moments (Nat to Bruce – “I need the other guy,” is heartbreaking, Clint’s pep talk to Wanda is powerful, Vision and Ultron’s final moment is almost sweet). It wouldn’t have taken but a few edits to tighten this up and help the flow a bit. 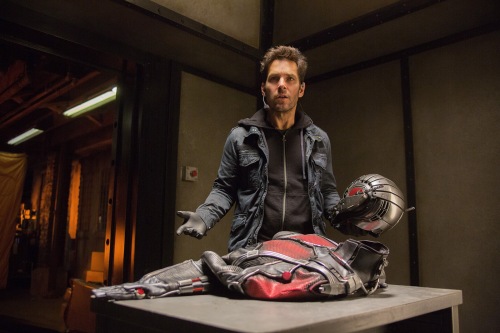 The Good: Where Guardians led, Ant-Man follows, letting humor be a predominant trait. It also takes a cue from Winter Soldier and focuses on a specific genre, in this case a heist flick, and then overlays the superhero stuff on top of that. Paul Rudd uses his charm and comedic chops perfectly as Scott Lang, and Evangeline Lily is a highlight as Hope, a kind of alt-universe version of a couple different Wasp’s from the comics (even if she doesn’t take up that mantle until the end credits scene because…reasons!). Michael Pena steals every scene he’s in. Corey Stoll makes for a solid villain. A new powerset makes for some cool visual storytelling we haven’t seen on screen in the MCU.

The Bad: That opening scene with Howard Stark, Peggy Carter and a poorly made-up Michael Douglas as a younger Hank Pym feels like it’s trying way too hard to connect everything. Yet another solo film where the good guy ends up battling the bad version of himself. It also doesn’t make any sense in the film why Hope is sidelined from action and comes off as sexist both in the context of the story and in the context of the film.

Overall: Unencumbered from the source material in a way no other MCU origin story ever was allowed Ant-Man to pick and choose which aspects of a wide history to address and which elements to leave behind (mostly by shifting the focus from Hank to Scott, and creating Hope instead of having her be Jan). The cool visuals and solid characters carry some of the weaker moments (how many montages are there?), but it’s another checkmark for showcasing less mainstream characters.