On Top of Mt. Baldy (or I Climbed a Mountain, and I Turned Around)

Sometimes, the best ideas come from alcohol. Mostly, the worst, but sometimes there’s a keeper in there. And that’s how it started. I was having people over for a BBQ on the fourth of July and while the adults sat on the table watching the kids play beer pong (full disclosure: I had just finished playing beer pong and joined the adults, and the kids to whom I’m referring were all mostly pushing thirty), someone had the grand idea to go climb a mountain. That’s all it was.

I don’t remember how we settled on Mt. Baldy. It was close to home but still tough enough to be a decent trek. There were six of us going, and by the time we coordinated schedules and plans, the second weekend in August was the expected date. We went out the night before to get a good night sleep so we could get started first thing and, fingers crossed, catch the sunrise. An uncomfortable air mattress, the unfortunate burger I chose for dinner, and a few bottles of wine later and that plan was no longer viable. When the alarm buzzed at five AM (who even knew there was a five o’clock in the morning too?), I had clocked in two hours and thirty seven minutes of sleep. 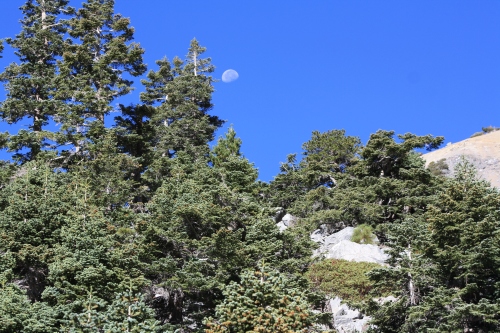 Within the hour we had started our trek. I could write endlessly, with different synonyms of the word difficulty about the hike up. I’ll keep it brief. We started on a dirt path, climbed over large rocks, zig zagged up tree-lined hills until about ten miles, ten thousand feet and five and a half hours later we reached the summit, the highest point in the San Gabriel Mountains. 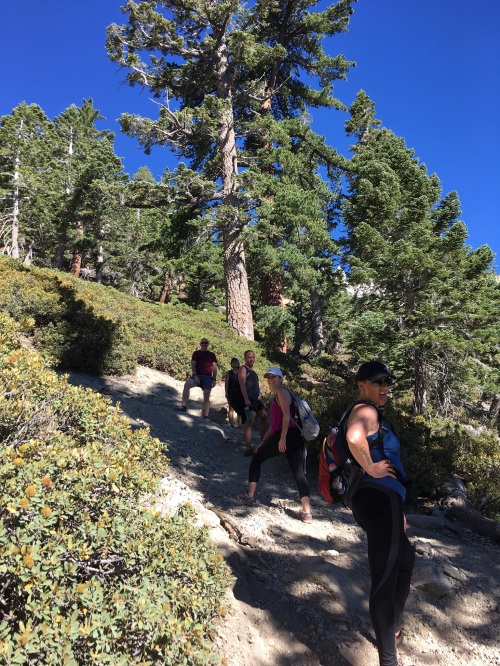 And then we caught our breath. As we sat around noshing on some protein bars and summit hummus, taking pictures and patting ourselves on the back for what a marvelous job we did, I began to get an uneasy feeling in my stomach. Now, we woke about two hours before my usual wake-up call and my body just wasn’t ready for its regular constitutional. About halfway up to the peak there was an outhouse, but the smell and general disgustingness prevented me from actually using it beyond a quick onesie. Now, I had a terrible feeling – if I don’t shit soon…wait, more like, I’m going to take a shit soon regardless as to where I might be and whether or not I wanted to.

I pushed everyone to continue on. We knew there was a lodge of some sort along a different path (the trail affectionately referred to as the Devil’s Backbone. I can only assume the route we came up was through the Devil’s asshole.), and I had higher hopes for modest facilities there. We gathered up our stuff and started our way across the Backbone, but then there were more stops for pictures. I had to call it, I couldn’t wait. I ran off ahead solo.

As I made my way across the mountaintop, passing hikers with poles, and heavy gear, I realized how ill-prepared I was for this entire endeavor. I had to borrow a fleece from one of the girls because I was freezing. I wasn’t at all self-conscious because I was warm both temperature-wise and at the thought of squeezing into a woman’s small, something I would not have been able to do a year ago. But the only thought in my head, and my stomach, was how soon the inevitable would happen. I pushed on.

The sad part about Devil’s Backbone is how open it is, with sloped cliffs on both sides (hence the name) and no real access to anything off the trail. It was even difficult to pass people. The signpost said the trail was three point something miles long and on a normal flat street I could walk that in about forty to fifty minutes. Ten minutes in to this hike I wasn’t liking that clock. At best I had half an hour left, and there was no at best about this trail. Time was not my friend but after a few more turns, the path turned towards more trees and sides that weren’t flat but at least were less sloped. I rounded a corner and saw my salvation.

To my right there was a large tree, a bit of a clearing, another grouping of trees, a drop down of just a few feet and another grouping of trees. Then cliff, but beggars and choosers and all that. This was my moment. I wasn’t going to make it to the lodge, that much was clear. I was far enough ahead of the group that I could venture off to the side and I hoped make it back before they caught up. Plus there didn’t seem to be any hikers in the immediate vision path so I could make my way down there unseen. As I jumped down to the lowest point before the drop off, I had about eight feet to play with, I realized I was lacking any sort of TP or TP substitute (see above re: ill-prepared). Couldn’t worry about that. The trees blocked me from view from either side behind me and in front of me was straight down. If anyone could see me from yonder mountain across the way, they would have to have been born on Krypton.

The by far worst part was that after hiking up and over ten plus miles, squatting was a luxury my knees just weren’t having. I could bend them a bit, but not enough to know I was clear of my feet. I just hoped my poo would do me a solid and be, well, solid. I spread my legs, pulled my shorts down and bent my knees as far as they would go and then unleashed.

It was a miracle everything worked out as well as it did. Once I regained my personal comfort, I pulled up my shorts, checked for signs of splashback (all clear) and hoped I wouldn’t turn around and see a bear standing there (hey, we saw a mountain lion at the start of the hike, or maybe it was a bobcat, always get those mixed up). I made my way back up to the path, and waited by the big tree for my friends to show up. I doubt they could tell by what I’m sure was a huge smile on my face, why exactly I was so elated. 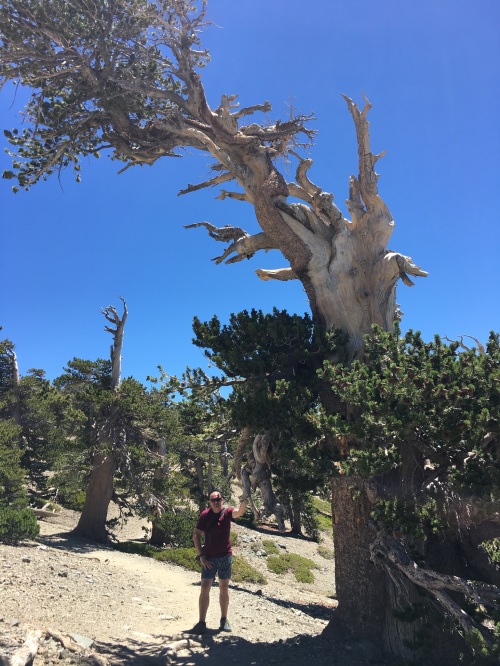 As we continued along, we stopped for more pictures. The entire path being an instagrammer’s delight. We made our way to the lodge and enjoyed a disgusting meal filled with glorious processed nacho cheese, chicken fingers, fries, and naturally, beers. After our meal, we still had a few miles to walk back to the car, but downhill, and on a nice well-maintained path.

“You guys,” my friend Erin said. “We just climbed a mountain.” 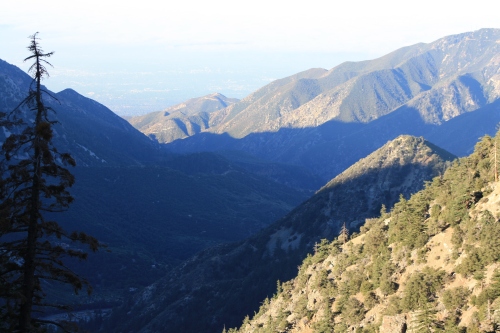 We congratulated ourselves and began the walk back. All told I put in seventeen miles that day, my fitbit clicking over to seventeen exactly as my car was in view. It’s not like it’s the greatest feat, we were probably the hundredth people to do it that day, but it still felt like we accomplished something. If nothing else making a goal and seeing it through. The trek down was so rough in some spots I knew that if that was my way up, I would not have made it through. For me, I managed to climb a mountain and not completely shit myself, which was a probability at one point.

And I managed to do that without anyone knowing of my struggle. You know, until I just told the internet right now.