Guardians of the Galaxy vol. 2 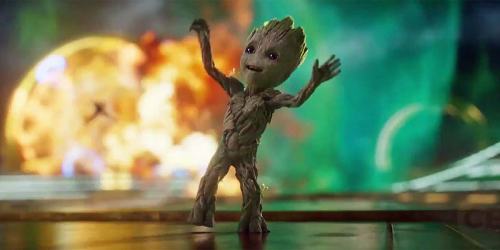 I don’t think anyone expected Guardians of the Galaxy to be the phenomenon that it was. In 2014 it blasted into the Marvel universe with a wry sense of humor, otherworldly atmosphere and made household names out of some fairly obscure characters. It was refreshing, that first movie. The sequel suffers a little bit under the heavy weight of the original film’s legacy, but it still stands out as truly fun and funny flick.

That the film is not a complete mess is a credit to the filmmakers. There are a lot of mistakes in this film: separating the core characters for too long, weak motivations for the main villain, even weaker explanation for the details of his diabolical plan, relegating great characters like Rocket to subplot carriers, unnecessary romantic focus, implausible resolution to thorny family dynamics- but the film still manages to elevate itself beyond typical comic book fight fest. The humor is consistently on point. Baby Groot is a welcome addition (Best. Opening. Scene. Ever.). Drax is a lot more fun than in the first movie. They are able to mine a surprising amount of sympathy for Yondu, a character that was a minor antagonist in the first film (although they extend this sentiment for way too long).

There’s a simple and simplistic message about family woven throughout, which makes it more thematic cousin to the Fast and the Furious franchise than anything Marvel has put out. But it is still an excellent batch of actors (Chris Pratt, delightful charm aside, is really tremendous at nailing the proper tone for any given scene), and Kurt Russell is always welcome on screen. I went in expecting to love it, which is why I was a tad disappointed. But I still think it’s a good movie. It’s just not the ridiculously great one that its predecessor was.