We Few, We Happy Few

We needed a plan.

We sat there, the four of us, weighing our options. They were ridiculous, for sure. But we had a mission. We would not be stopped.

“We could sneak past the alarm on the main floor,” Paula said with determination and her sweet English accent (not British. Never British.). “Then, we head out the back door and come back in through the kitchen.”

“Too complicated,” I said.

“I could fake epilepsy,” Zach offered. “I’ve done it before.”

“Asthma,” I nearly shouted. “I could do asthma.”

I demonstrated the strained and harsh breathing. Again, I wasn’t sure what this was going to do for us. Faking an illness of some sort leads to hospitals and such. Using it as a diversion in our mission seemed a bit ludicrous, but so much about this situation was.

“Maybe we could just ask him?” Melody offered. She was the sensible one -surprising since she would be the first not to remember these events the following morning.

Yes, New Zealand is beautiful. Yes, it is known for the wondrous things you can do outside. But it was 3am, and I had been traveling around the country for a month. The Abel Tasman would be there tomorrow. The Franz Josef iceberg was coming. I was sitting with my friend and two pretty girls. Wine was priority.
Zach and I were both from America. I hailed from the West Coast (Midwest initially) and he was from the Southeast. Our perspectives on life were completely different. Most concisely he was a conservative and I was a liberal. But we had met in a hostel in Auckland nearly a month before this, and after buying a car together (for the price of an impound ticket – roughly 150 dollars), we had spent a lot (A LOT) of time together up until that point. We drove from Auckland, through Rotorua, Lake Taupo, and more before we hit Wellington and ferried over to the south island. 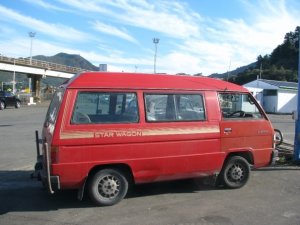 On the ferry, our car – a red van we dubbed Scarlett- broke down and barely made the trip off the ferry before we gave up completely and left it with the dockhands to break down for scrap. Our schedule thrown off completely, we landed a small hostel in Nelson. Initially it was just for one night. But then we met Paula and Melody and our plans changed. Pretty girls have that effect. We spent a week with them, boating, hiking and, naturally, drinking. 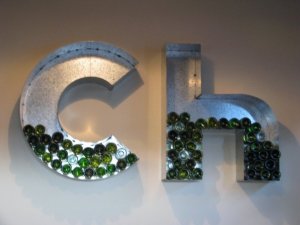 Marcus was the proprietor. He was a great guy. Charming. Funny. Had a story for every occasion. He was divorced, or remarried or something. Had kids that didn’t live with him. And a woman that sometimes did. Other than that, the one thing that stuck out about him was his insistence on rules. He was, as the kids say, a stickler.

He was new to the hostel game, and so having rules was important to him. As was enforcing them. He thought nothing of interrupting a late night movie to suggest maybe we finish it in the morning. He locked the house up every night and expected guests to be in their room. So, yeah, nice guy, but he was a buzzkill. And he was the worst kind of buzzkill – he didn’t drink at all. Right then, that was enough to make him our nemesis. He was standing in the way of the four of us and extending our drunk. It was 2am, and the four of us, sat on the bed in the room Paula and Melody shared trying to figure out a way to get more alcohol.

Not completely unlike being in high school.

Zach and I had a long day of traveling and when the girls started pouring drinks, we were on board. The bar in the hostel was only open to us, as patrons,
closed to the public, which meant there were only four of us having drinks, conversation, making jokes, being loud and obnoxious. It was perfect. Marcus was ready to lock up, and we were fine with that. It was his establishment. I’m sure there were laws or some such. But I was not ready to go gently into that good night. Nor were the others. Had we had foresight, and bit more sobriety, we might’ve just bought a bottle of wine to take back to the room. But we were too late. The four of us creeped down the hallway to the top of the old staircase. We peered over, surveying the situation, like all good special ops soldiers.

We were on the second floor. The second and third housed all the rooms. On the main floor below us, the stairs opened up to the TV room. Down the hallway was the dining room. On the other side of the that was the bar. Not many hostels had a bar, but that’s just one more thing that made the Custom House awesome. Next to the dining room was the kitchen. Outside of that room was Marcus’ office. Sometimes he slept there. Other times he would make the trek up the hill to where his actual house sat.

Marcus shut off the lights. We reconvened in the girls’ room.

“Okay, so if he’s still up. I’ll just ask him,” Paula offered. “I’ll say we want a bottle of wine to drink in our room and we can pay the till back in the morning.”

“But if he says ‘no,’ then we have no alternatives.” Now I was trying to be logical. Better to ask forgiveness than permission always.

We felt like children planning to sneak out of the house. That extra sense of wrongness gave the entire operation an energy. It was salacious. That feeling also made the need for more wine even more urgent. We had one hundred and twenty two years between the four of us, and yet, here we were on a queen bed with a yellow floral print duvet, in a tiny room, in the corner of the former B&B, former strip club, former whorehouse hostel. Our forefathers did not have these problems.

Zach and Paula went to survey the situation. Hunched over the top of the banister at the top of the stairs, they looked for signs of movement below. The banister was old and rickety, constantly creaking, kind of like Ozzy Osbourne. As they surveyed, Melody pulled out the Riesling we were saving for Easter dinner. It would have to do. Paula made it down half the flight of stairs when she heard Marcus punching in the alarm code. Even though they worked there, the girls never became privy to that code. Just another example of Marcus not completely trusting them. As we contemplated theft from his bar, it was obvious he made the right call.

Melody and I polished off the Riesling quickly, while Zach and Paula tested the boundaries of the sensors. If the alarm went off we were cooked. It felt like cheating, because it was, but we chugged the wine down anyway. Melody and I made plans to replace the Easter wine before the others found out we had dipped into it but it was desperate times, and desperate measures and all.

There have been many times in my life where I felt the responsibility of being part of a team, but none quite as unique as planning Operation Wine Acquisition in the Custom House. We would fail in our initial mission. We would not get another bottle of wine. Between the alarm, the creaky staircase and Marcus snoring in his office, we eventually gave up. It was determined too difficult a task to pull off. And failing could’ve resulted in eviction and eviction would likely result in the four of us continuing on our own courses and no one wanted that.

I never knew Melody or Paula’s last names. We spent a couple weeks with them, a lot of it drinking, but also enjoying so much of New Zealand – from rafting to bridge diving- and after saying our goodbyes, traveling through the south Island, and leaving Zach behind Queenstown, I met up with the girls again about a month later in Wellington. There was more wine, but it was easily acquired. And that made it less fun. Nothing ever could or would match the exhilaration of that mission, and how sweet that Riesling was on that bed in Nelson in the Custom House, the former B&B, former strip club, former whore house. I try not to think about the sheets. 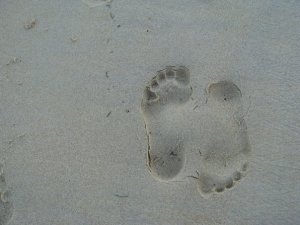