Things aren’t allowed to end anymore, especially not stories in film and TV. Whether it’s an unnecessary follow-up season to what should’ve been a mini-series (Big Little Lies, 13 Reasons Why) or rehashes of series that concluded long ago (Roseanne, Fuller House), or further chapters in film franchises that felt finished (Jason fucking Bourne comes to mind). The latest installment is the fourth chapter in the Toy Story story which follows up one of the most successful trilogies in history (really, only this and the original Bourne trilogy can claim to not have a weak chapter). While I don’t think the film fully justifies its need to come back, it’s still an entertaining tale that features some of the old favorites, though I think it lacks the emotional impact of numbers 2 and (especially) 3.

END_OF_DOCUMENT_TOKEN_TO_BE_REPLACED 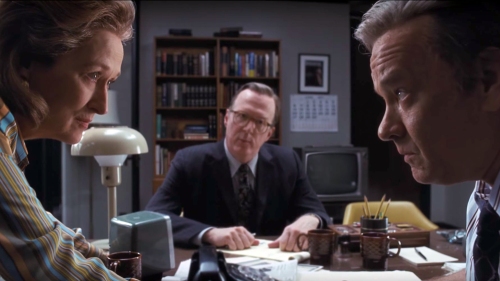 Meryl Streep. Tom Hanks. Steven Spielberg. It’s so easy to take for granted how good these titans are, it’s almost boring to see them churn out another great film. But the triumvirate at the center of The Post, which details the newspaper’s salvo into political prominence with its publishing of classified government documents regarding the Vietnam war, deliver an exhilarating, thrilling testament to the importance of a free press. The movie is timeless, the fashion and setting of the early 70s don’t choke the film with nostalgia, and yet it’s also, almost accidentally, the perfect movie for our current existence: an aggressive, contrarian president who cultivates a distrust in the media while seeking to bury his own criminal activity (you know, allegedly). It’s also a movie that explores the rise of feminism through Post publisher Kay Graham (Streep) and her authority, as it is questioned, challenged, and undermined by the men that surround her.